So, a few months back, someone sent me a message through etsy, inquiring about my granny square pants. Would I be able to make a granny square sweater, she asked?

After thinking about it, and ensuring that her timeframe would allow for some trial and error on my part, I responded that yes, I would love to make a granny square sweater.

We traded ideas back and forth until I felt like I had a pretty good feel for what she had in mind, and she even threw out the possibility of a granny square sweater and pants set, should the sweater turn out well. Within this conversation I learned that the intended recipient of the set would be her son, who would be wearing it to an ugly sweater contest around November/December of 2017.

As we nailed down a vision, I sent her this inspiration picture: 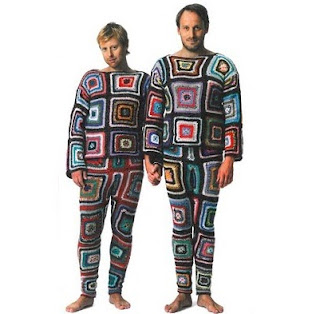 And we agreed that we would shoot for something along those lines.

After a few weeks of crocheting, we ended up with this sweater, 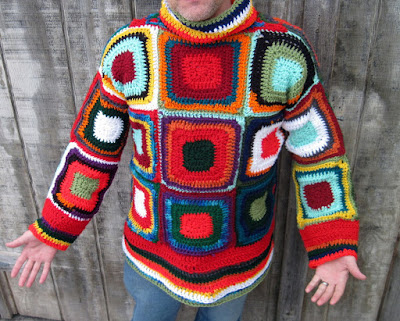 which my husband promptly fell in love with, and secured a promise from me that I would make him another as soon as I was able. Also interestingly, one of my neighbors, upon seeing the sweater remarked on the uncanny resemblance that it bears to on of her favorite paintings, Color Study: Squares with Concentric Circles, by Wassily Kandinsky.

Then it was on to the pants. By roughly following my granny square pants pattern, I eventually landed on this: 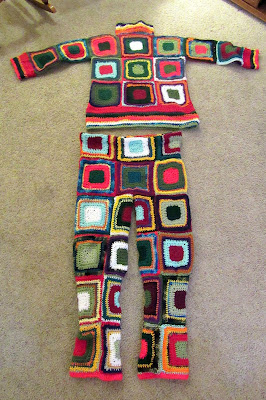 All in all, it was a really fun exercise, and since I'd like to do it again (perhaps), and I wouldn't like to reinvent the wheel if/when I do it, I'm going to write down some pattern notes here.

Size H Hook
For yarn colors and types, see the "Color Choice" section at the end of the pattern 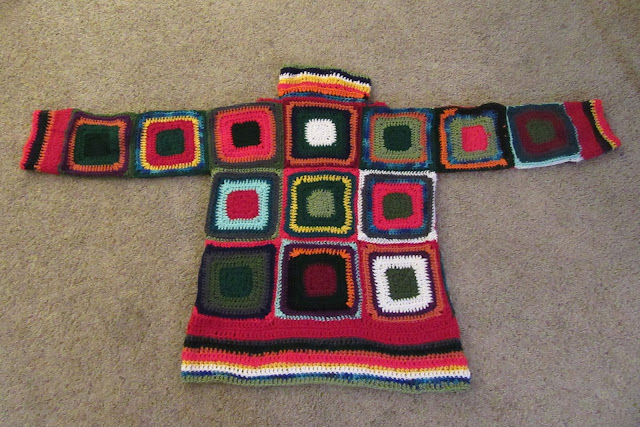 Assembly:
Main "Vest": Make two panels of 3 squares by 3 squares. Stitch them together at the top, leaving plenty of room (1 full square, and a third to a half of the other "stitched" square) for the neck. Stitch up the sides, leaving the top squares unstitched for sleeve holes.

Sleeves: Make two panes of 2 squares by 2 squares. Stitch each of the panels together along one side, forming a tube or sleeve.

Stitch sleeves to vest at the sleeve hole spot. 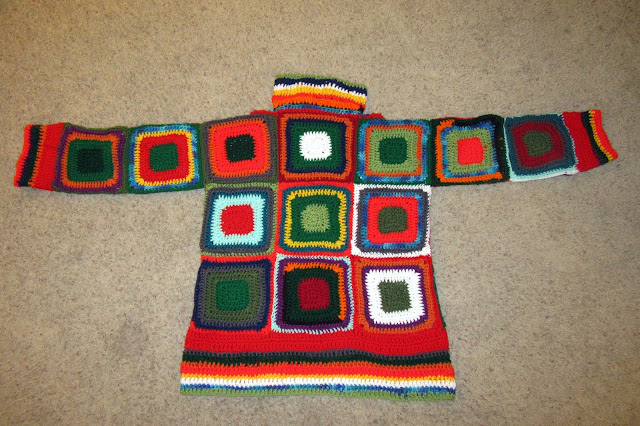 If the sweater fits your dimensions at this point, you're done. Otherwise, you can add stripes along the bottom and sleeves (I like to alternate hdc and dc, with the hdcs going in to just the back loops). If you want to make a mock turtleneck, sc around the neck area, decreasing or slip stitching as you go until you have the hole as small as you want it. Then, continue with the alternate hdc and dc stripes until it is as long as you want it. 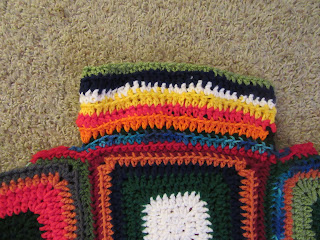 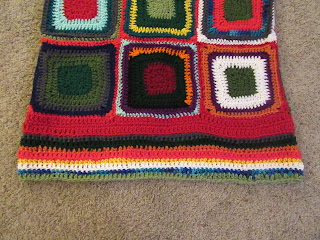 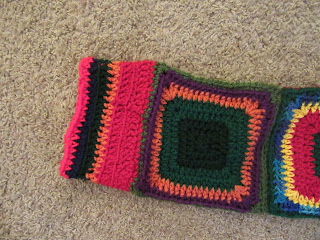 Color Choice
This sweater was supposed to be a "semi Christmasy" sweater, and so I followed a color pattern as follows:

And now, with this gratuitious picture of me celebrating the completion of this awesome project, I leave you. 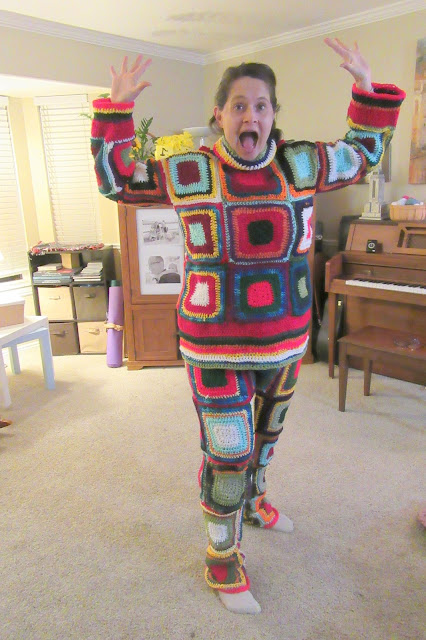